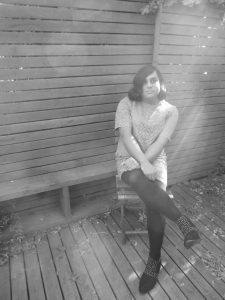 If it’s raining where you are, it’s about to getting more beautiful with the sounds of Shoeb Ahmad” Lauren Laverne, BBC 6Music

Sia Ahmad offers a rich and extensive background in Australian music, creating idiosyncratic sounds over the last decade and more. Using guitar, keyboard, voice and electronics, she works both as singer/composer and improviser when performing solo work as Shoeb Ahmad or as a member in a number of groups including Agency, Spartak and formerly in Tangents. Many of these projects also feature her talent as a producer and engineer, with a unique sensibility to sonic space coming to the fore.

Combining both acoustic and electronic approaches to music-making, Sia has released a diverse range of original solo music – including the critically acclaimed Watch/Illuminate and “quiver” – while also collaborating with numerous directors and choreographers to provide sound design and soundtrack material for live theatre and dance works. Parallel to this work, she continues to explore installation pieces and composition for chamber settings, taking inspiration from 20th Century avant-classical works, Indian raga form and minimalist electronic music.

“…the kind of understand, bedroom-spun vocal that slips down a treat – and a knack for delicately wrought, sampladelic soundscapes to compliment it” FACT Magazine

After a year off, the twin pair of A Body Full Of Tears and Facade took shape in the aftermath of 2019-20 bushfires on the Australian continent and in response to new found angles on creativity during the COVID lockdown period. Expanding on the themes of “quiver” with narratives on sexuality and familial being, the albums represented a musical return to Sia’s early inspirations and thirst for sound-clash production. In late 2019, the Australian Art Orchestra commissioned work im/modesty was released as an album during Transgender Awareness Week that year.